Through the Moving Maryland Forward Network (MMFN), a diverse network of leaders who are working together to create policy change across a wide swath of vital issues. 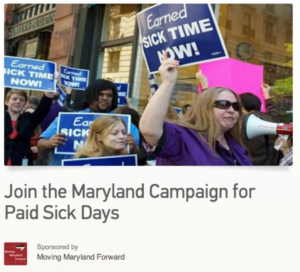 Funded by the Robert W. Deutsch Foundation, MMFN brings together dozens of advocacy leaders to share their expertise, participate in training led by each other and collaborate on advocacy campaigns. MMFN also allows leaders to utilize a grassroots supporter base that delivers thousands of actions in support of causes such as social justice and public safety. By collaborating regularly, both in-person and online, these network of actors are uniting under shared causes and winning major campaigns.

MMFN leaders worked with Netcentric Campaigns staff on successful advocacy campaigns that led to the legalization of gay marriage and repeal of the death penalty. Our team also empowered leaders on successful campaigns centered mortgage foreclosure reform, protecting funding for public servants in the state budget, ending youth homelessness in Baltimore and preventing the building of a new jail for youths.

In May of 2013, MMFN Leader Vinny DeMarco worked alongside our team on an advocacy effort that helped lead to the landmark passage of the Firearms Safety Act of 2013, making Maryland one of the nation’s leading states in passing effective gun violence prevention legislation.

MMFN’s growing supporter base is increasing the capacity of our leaders to conduct additional campaigns. For example, the Job Opportunities Task Force had just 1,300 supporters when it began a MMFN campaign to pass paid sick days legislation in January 2013. By June, the organization had grown its list to about 10,000 supporters. MMFN also worked alongside the ACLU of Maryland on marriage equality and death penalty efforts. By the close of the first legislative session of 2013, the organization had 14,563 supporters, a jump from 8,000 supporters in summer 2012. 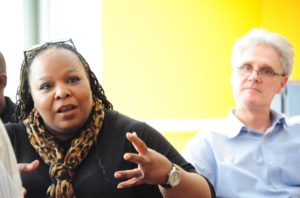 “By being part of MMFN, we were able to get thousands of Marylanders to pay attention.” — Neil Bergsman, director of the Maryland Budget and Tax Policy Institute

“The ACLU of Maryland is a huge fan of the MMFN.” — Meredith Curtis, communications director of the American Civil Liberties Union of Maryland

“As a result of our partnership with MMFN, we met with bank leaders and mobilized thousands to help keep families in their homes.” — Marceline White, executive director of the Maryland Consumer Rights Coalition