Marty pioneered the integration of network-centric principles into civic organizing and social change work. He drives the strategy, vision and the development of Netcentric Campaigns, working with advocacy leaders from nonprofits and foundations to further their understanding of the powerful role networks of people can play in all elements of their work.

Marty leads Netcentric’s product design, project oversight, evaluation, development of advocacy network theory and strategic business planning. One of Netcentric’s founders, Marty has been with the organization for nearly 18 years and works with staff on all advocacy networks supported by Netcentric. These networks have played a vital role in moving change forward in a wide range of movements, including to achieve progressive victories in Maryland, support leaders in the public health space, reduce pollution in Pennsylvania and reverse childhood obesity nationwide.

In addition, Marty oversaw Green Media Toolshed, which for 12 years offered communications tools for the environmental movement that allowed advocates to spread their message more effectively and efficiently. GMT offered a professional suite of tools, strategic advice, training, and services to more than 300 organizations and more than 1,000 communication staff, helping them connect with media and save millions of dollars in the process.

Along with his direct advocacy work, Marty has developed mass online volunteer projects, engaging tens of thousands of volunteers in distributed online research into reporter contact data. For example, he was the founder and catalyst behind MobileActive.org, a first-of-its-kind international conference of people using cell phones for civic engagement. Marty also created the Georgia River Network, served as a grants coordinator at the National Fish and Wildlife Foundation, and has worked on local, state and national political campaigns. He began his career as a Jesuit International Volunteer in Kingston, Jamaica.

A dynamic speaker, Marty is often found at communications, technology and organizing strategy venues supporting progressive civic engagement. He also has authored chapters in Mobilize2.0 and Rebooting America and has been published in Huffington Post, Daily Kos and Personal Democracy Forum. Marty taught a graduate course at Temple University Fox School of Business focused on lessons and innovations’ from the front of Cyberwar for leaders in business and organizing. He has a bachelor’s degree from LeMoyne College and a master’s degree from Yale University. 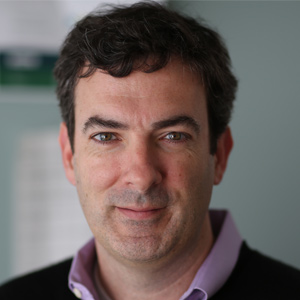 Ms. Krishna K. Roy is a conservationist and social activist. She has worked in the nonprofit sector for three decades as a grant maker, consultant and in senior management positions specializing in capacity building, strategic planning, development, marketing, event planning, and public relations. Most recently she was the Chief of Global Programs for the Division of International Conservation at the US Fish and Wildlife Service. Formerly, she was Vice President of Communications and Development at Island Press, Senior Conservation Advisor to the Zoological Society of San Diego, Environmental Law Institute, and the National Marine Sanctuary Foundation and other nonprofits. She also was the Senior Director of Communications and Marketing for the Wolf Trap Foundation, and the Center for Marine Conservation's Vice President for Communications and Marketing. Other assignments include The Nature Conservancy, New York University, and the National Fish and Wildlife Foundation.

From 2010-2015, Ms. Roy was the U.S. Government representative to the Ramsar Wetlands of Importance Convention. She was instrumental in the adoption of a migratory bird conservation plan at the Convention of Migratory Species Conference of Parties in Ecuador. In 2006 Ms. Roy chaired and organized a conference at Georgetown University entitled Nonviolence in the Age of Terrorism to commemorate the 100th anniversary of M.K. Gandhi's first nonviolent action in South Africa. She also hosted an interfaith prayer at Lincoln Memorial on the 11th of September 2006 to call for a Day of Peace and Reconciliation. In 2007, she created a "Peace Week" initiative that included a visit to India by US lawmakers and peace activists. In addition to raising more than $80 million for various causes, she has been instrumental in developing groundbreaking environmental media and marketing campaigns involving public-private partnerships with Discovery Communications, Black Entertainment Television (BET), Telemundo, Anheuser-Busch Companies, Exxon, Arm and Hammer, Chevrolet, Detroit Tigers, and BBDO among others.

Her experience includes directing communications activities for large institutions, including program design, media relations, publications, placements, and branding. In 1984, Ms. Roy worked on the film The Garden of Eden, a 28-minute documentary on the importance of saving biodiversity that was nominated for an Oscar and won numerous other film awards. She won a Telly in 2000 for co-producing a documentary entitled "Killing our Oceans." In 1995, Ms. Roy was a principal in designing and launching "Save the Tiger Fund," an international grantmaking and public awareness campaign, created with a $5 million initial gift from the Exxon Corporation to protect tigers in the wild. To this date this is the largest conservation fund dedicated to a single species.

Ms. Roy has a B.A. (Honors) in Political Science from Jadavpur University in Calcutta, India and an M.A in Comparative History and Television Production and Direction from the University of Michigan, Ann Arbor. She serves on many nonprofit boards including DC Witness, Emerging Wildlife Conservation Leaders, National Architectural Trust, Gull Rock Lightkeepers, Oceangate Foundation, and was chairman of the board of the M.K. Gandhi Institute for Nonviolence, founded by Gandhi's grandson Arun Gandhi. She co-chairs the Western Hemisphere Migratory Species Initiative.

Ryan Clover is a co-founder of Shaleshock Action Alliance – a grassroots effort in Central NY from 2008-2013. He participated in the listening project, coordinated the outreach committee, and helped organize training throughout the region.

In 2016 Ryan joined Halt the Harm Network start interviewing members of the network for a local radio program – which eventually turned into Halt the Harm Podcast.